Mardi Gras wasn't always the drunken and debauched celebration popularized by late 20th Century New Orleans.  The Gulf Coast tradition originated with French settlers in what is now Mobile, Alabama.  And in smaller towns all along the Gulf Coast you can get the traditional feel of a Family Mardi Gras: 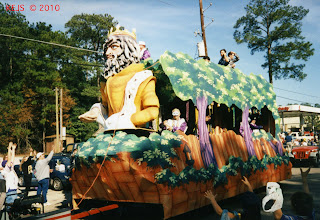 Slidell, Louisiana is a town east of New Orleans, now considered a suburb; almost wiped out by Katrina and receiving little  attention.  But it seems to have had a better recovery according friends of ours who still live there. 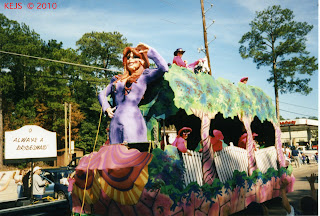