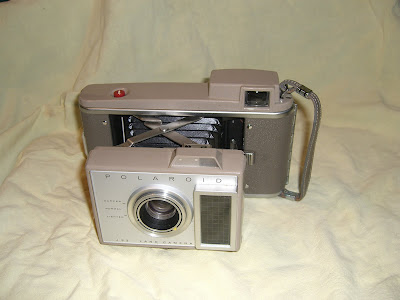 It has been a while since I've talked about one of my cameras. I have inherited my Father’s Polaroid Land J33 camera. Much to my chagrin, it turned out to be a roll film camera (such Polaroid film was discontinued long ago). So my real hopes of making practical use of this camera were ended.


The Land J33 was used regularly in our family to record seasonal events, such as BBQ, House Parties, and our Annual Easter Pictures. 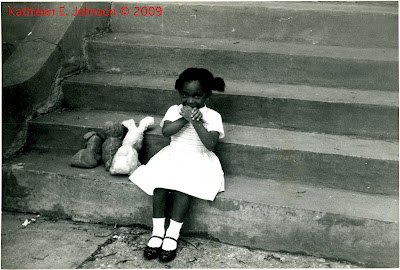 Me in 1962 with my favorite Bunnies from Easters Past 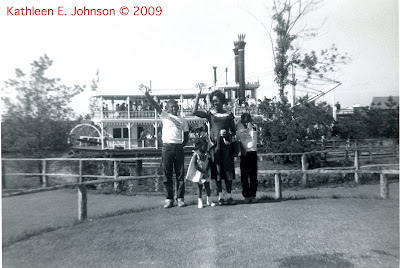 All of us (dad taking the picture) at an amusement park on Long Island, 1962


I have found on the internet, instructions for “converting” this camera into a standard medium format film camera. But with no way to advance the film (Polaroid film was advanced by pulling on a paper strip attached to the film), the film must be advanced manually by opening the camera back. Of course this must be done in a darkroom, or a film-changing bag (both of which I have access to). But it will never be a ‘practical’ camera to use, and that is disappointing.

The camera is in excellent condition. And I will run a roll of film through it and report back to you later. It will require Ilford ISO 3200 film, as the original Polaroid film was ISO 3000.
Posted by MyVintageCameras at 7:00 AM