Faith on Film: Soaring Above York

I had the opportunity to Live in Bristol England in 1990 while I was writing my dissertation. During this time I visited many famous and not so famous churches. I'll be sharing some of these with you. 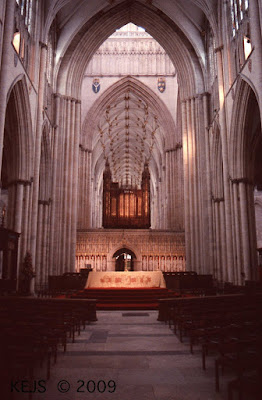 I visited York Minster because it was one of the churches that my Mother definitely wanted to see when she visited me in England. So we journeyed from Bristol to York. Here began 'Tower Climbing', as York Minster and a number of Cathedrals used to allow your to access the crossing towers (or domes in the Case of St Paul's in London). I have no idea whether this practice is still allowed given security concerns.


Fore Altar with Choir Screen and Original Main Altar behind the screen. 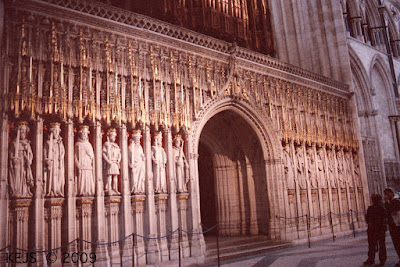 Close up of Choir Screen. These traditionally separated the 'common' folk from the important people that were allowed to sit closer to the real Altar. It also adds a bit of mystery to the service, since you hear the voices without actually seeing what transpires.


For Daily Services at most Cathedrals you sit inside the Choir, so the Tourists can still see the rest of the Church. I began synchronizing my visits with midday services so I could participate. These are after all (as with the Missions) functioning Churches that should be treated as such. 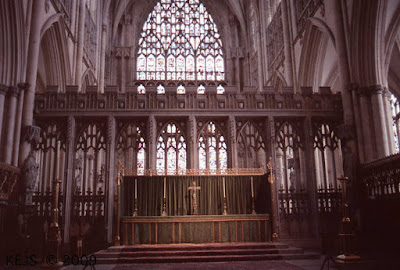 Main Altar that is behind the Choir Screen shown above. 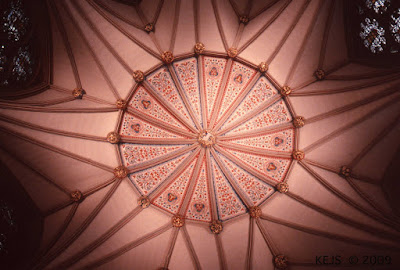 Ceiling from one of the Chapels. If I could find my notes I could tell you the precise name. But.......... 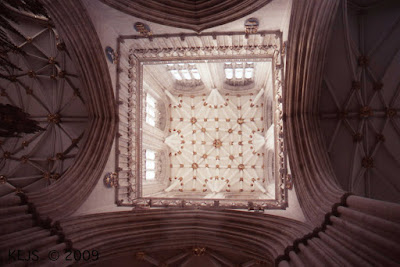 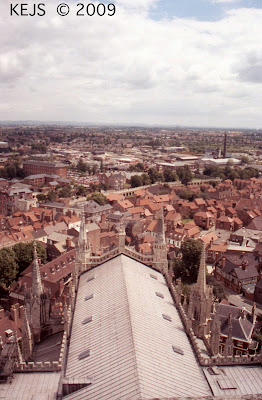 From the top of the Crossing Tower looking east over the Altar.Through the Middle Ages Churches were traditionally oriented East-West, so that the Faithful were facing the Altar and Jerusalem at the same time. A tradition that has been lost. 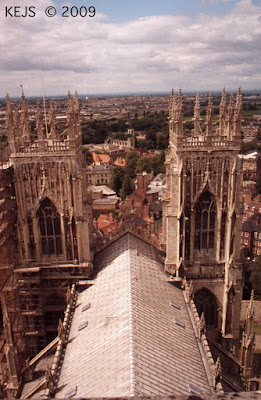 Looking to the West from the Tower. In both photos you can see the Old City close by the Cathedral.

You can easily imagine how inspiring these buildings were, as they were the skyscrapers of their day. In many places such as York and Salisbury, these Churches still dominate their surroundings.
Posted by MyVintageCameras at 7:56 AM