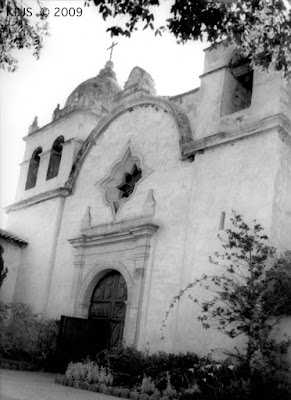 The Mission that was nearest to where I lived was San Carlos de Borromeo, better known as Carmel Mission.

I had thought to complete a series on the California Missions while I lived there. Then we moved to Colorado and the project ‘ended’, although I hope to do a bit more on occasional return visits.

All images shown here were taken with the SRT-202 using a tripod, except for the façade which was hand held. I had to crawl under a shrub to get the angle that I wanted. I have only printed a tiny portion of the scenes from this Mission: 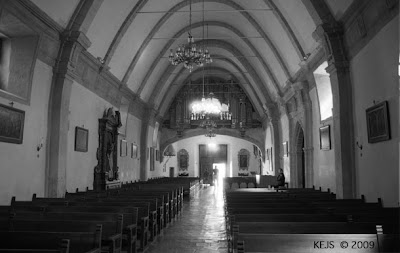 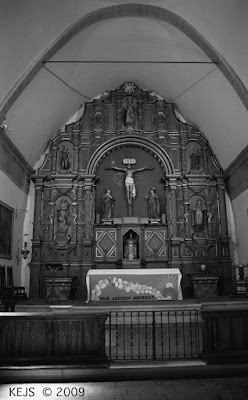 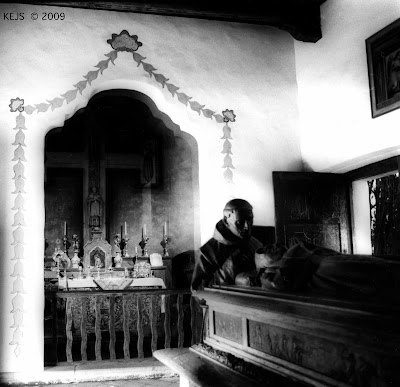 For history buffs, this is where Fra. Junipero Serra, founder of the California Missions, is buried. His Funerary Chapel is shown above. 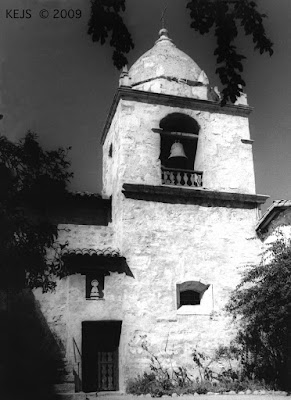 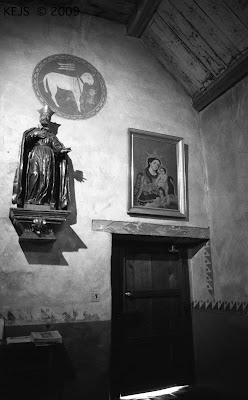 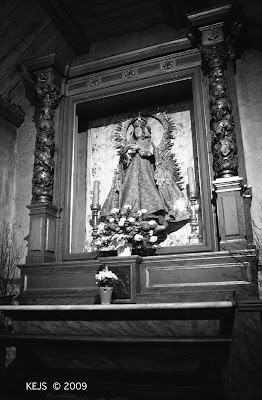 And a dressed Virgin, like the many I saw in Spain years ago.