The Bison had there own ideas, and after being run up the hill (we later found out that this was part of the 'show'), they refused to turn. 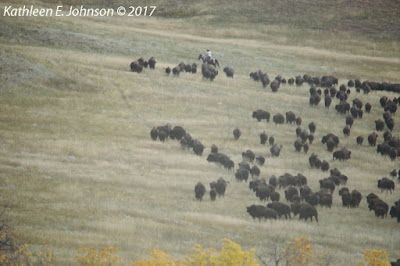 So the 'Modern Cavalry' was called in along with horseback reinforcements, after the Bison charged the lone Cowboy at the top of the Hill. 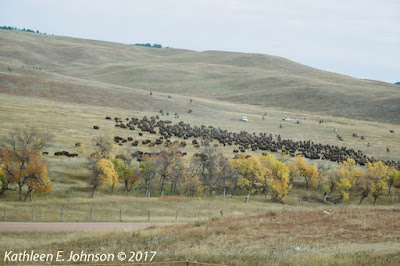 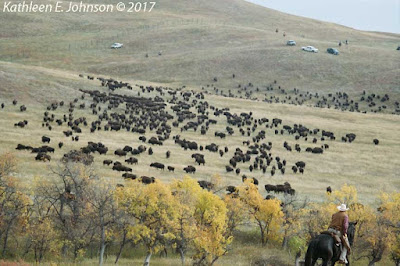 Eventually the Bison were convinced to move on by the Pick-ups.
Keep in mind, they could turn over a pickup if they wanted to. 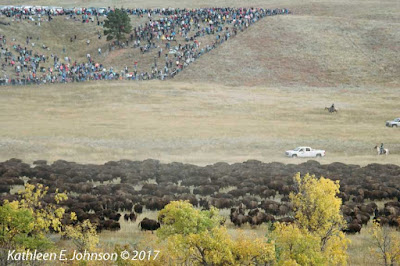 Heading Into the Coral: 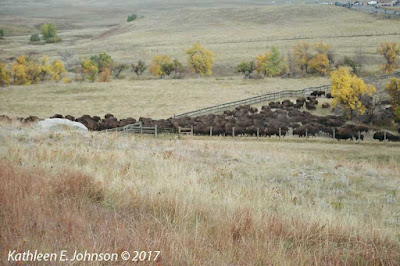 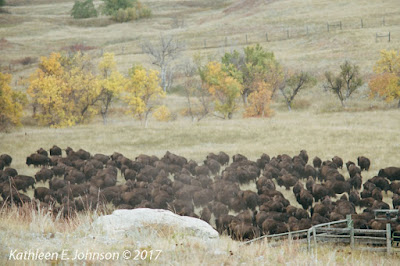 Forgot to mention that I was testing my "new old" Minolta MD 100-500 zoom lens.
Not having much practice, many images were out of focus.
But on a roll of 36, you always get something to turn out. 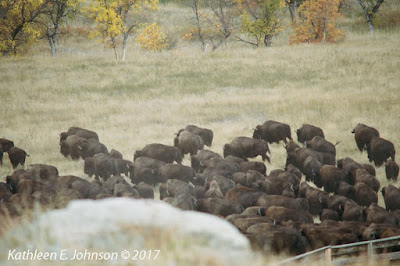 It's a really BIG lens: 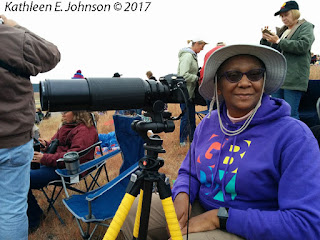 Posted by MyVintageCameras at 3:56 PM