Weekends Online: How Film Makes You Think, Before You Shoot!

First the Quote from Frank H. Wu on 35mmc:

"The lesson to be learned about life is that we, or at least I, do not appreciate as much what I have been given as what I have had to bargain for. I earn my film photos. I have to be able to afford it. That means repeatedly. Each and every satisfying click and whirr is a few pennies, which must be in the pocket. I am automatically averse to waste."

The conclusion is that His film photos are always personally more satisfying (and often objectively better) than His digital images.

For me, my best photos are definitely film.  One of last year's successes IS digital, but I planned and captured the image like it was film.  I saw the potential image, walked around the scene looking for the best angles, made three images; taking into consideration how I might crop the final images as well.  And THINKING like a film photographer avoids Waste.  For a digital Photographer, the "waste"  is all that time you spend in front of the computer sorting through hundreds of images that you would never use. 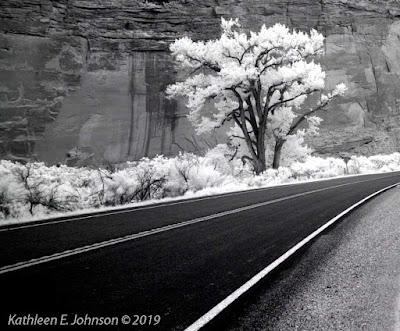 This is the Digital Image, Captured using Film Shooting Techniques.

Posted by MyVintageCameras at 9:43 AM