Landing on the Moon (and Mars) with Walter Cronkite 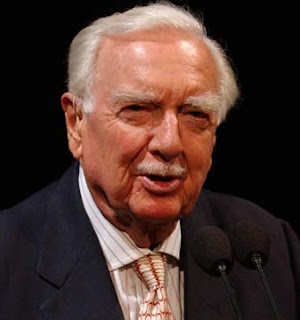 I went to the Moon with Walter Cronkite, as did many Americans of my age, and landed in the early morning hours in the Sea of Tranquility on July 20, 1969. When I posted last Thursday regarding the 40th Anniversary of the Launch of Apollo 11. I had no idea that the person that ‘took me to the Moon’ would die before the anniversary of the actual landing. 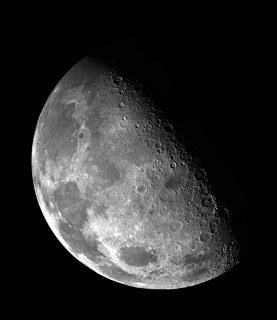 Today there are no Walter Cronkites and no inspiring national programs like the Cold War infused Space Race. Forty years ago today, in the middle of our Earth night, Neil Armstrong Announced that ‘the Eagle has landed’. 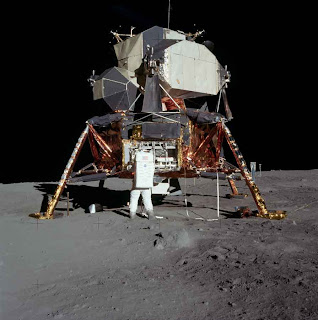 And, coincidentally on this same date in 1976 Viking I was the first spacecraft to land on Mars, sending us this first view from the Martian Surface (below). See the Viking I Gallery.

Okay, so most of this is digital imaging; But it is also my childhood, and I'm not going to abandon it just because its digital! (i.e. not all digital is a bad thing!) The Space Program was such an important part of my early life, that images from space have played a part in my photography as well.

(All photos are from NASA and are in the Public Domain)
Posted by MyVintageCameras at 9:38 AM